Endpin stops, also known as rock stops, are one of the main accessories cellists need. Since cellos are not anchored on a shoulder like a violin or viola, they need to be supported by the floor via the endpin. In order to prevent this endpin from slipping, you need to either have a very sharp endpin, preferably made from silicone-carbide, or a great endpin stop. To make sure you get the right cello endpin stop read our list of the best cello endpin stoppers and best cello rock stops below.

Imagine not have a great endpin stop and having your cello fly out from under you during a performance. How embarrassing! But it has happened to people. In order to prevent this sort of situation, it is best to either buy an endpin stopper or make sure your endpin is sharp enough.

The downside of having a very sharp endpin is that you wind up putting minor pinholes into every surface your endpin comes into contact with. I can’t imagine the complaints the theater students have about our endpin vandalism at the studio theater we rehearse in. The solution? A great rock stop that not only protects your floor, but also provides a great anti-slip.

What is an endpin stopper? 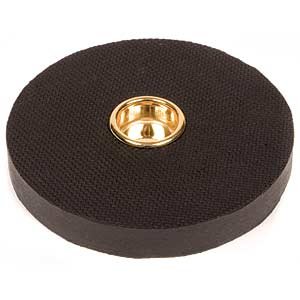 One end of the endpin strap anchor attaches to a chair leg of the chair the cellist is sitting on and the endpin goes in the other, creating tension between the cello and the chair leg. This is a very reliable anchor since the cello is essentially attached to the chair. 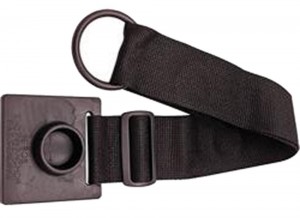 Wooden anchors work in a similar way to the strap anchor above, but instead of a single hole for the endpin, the wooden anchor has multiple holes so that the cellist can choose the position that is most comfortable. 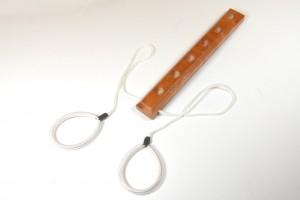 Our favorite endpin anchor, the Xeros Endpin Anchor provides a secure anchor for your cello. One end of the strap attaches to a chair leg and the other contains a molded cup with non-slip sole for the endpin.

The strap is adjustable so you can change the angle of your cello to your comfort. 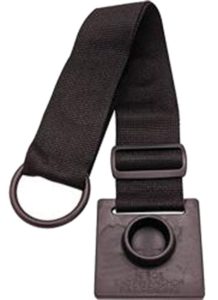 The most popular rock stop for cellos, the Sure Stop Endpin Rest is a rubber disk that securely anchors your cello to the floor. Extremely easy to use, this rock stop is extremely portable and should be included in any beginner cellists’ kit.

This stylish strap-based endpin anchor attaches to almost any chair and provides a non-slip solution using a felt pad underneath the wooden platform. Great gift idea for any cellist. 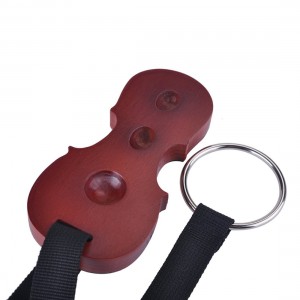 Another simple rock stop, the Dycem AC764 Black Hole endpin stop has a solid plastic top and extremely “sticky” base. It works really well on traditionally slippery surfaces such as on marble on which many other rock stops fail. 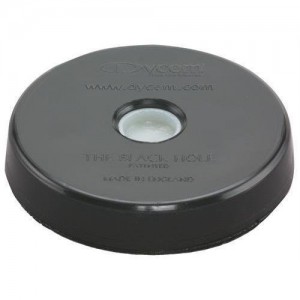 This innovative cello rock stop not only prevents your cello from slipping on the floor, but is also designed to enhance the sound of your cello. It is made of tough metal that will last for years. 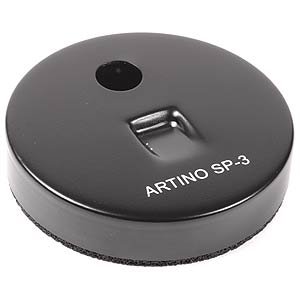 The cheapest option on this list, the Glaesel rubber tip fits on the bottom of your endpin and provides some friction between the endpin tip and the floor. We recommend trying the options above before settling for this basic endpin tip since it has a tendency to slip on the floor. 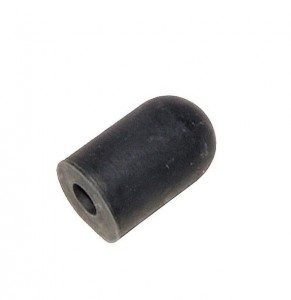 This unique rock stop design allows more vibration from the cello’s body which leads to a richer sound. This is the most expensive rock stop on our list and it has limited reviews on Amazon which is why we couldn’t rate it higher. 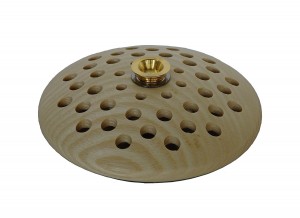 A solid wood rock stop, the Rinastore Rosewood Cello Endpin Rest provides an elegant solution to the endpin need. The rosewood color blends with many cello colors and will certainly capture the attention of your audience. 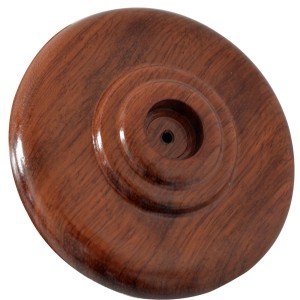 Bobby - January 12, 2022 2
A cello can be an expensive investment which makes buying the right cello paramount. You need a cello brand that is known for high-quality...