With the school season right around the corner, it’s important to know what to look for when buying or renting a cello. Besides the cello itself, there are a number of cello accessories necessary to play the cello properly and comfortably. We cover the various cello accessories below, which include: the bow, the case, the rock stop, extra strings, rosin, and tuners. Make sure that when you select your new cello, you get the accessories, too!

The cello is the first item on this list that you should shop for. We have an entire guide dedicated to how to buy a cello so I won’t bore you with any further details except that if you’re looking to buy a pre-packaged cello, most cello outfits come with all of the accessories below.

In general, you should buy a cello that is comfortable to play and has a strong tone. Especially as a cello player progresses in their studies, a high-quality cello is a must. Even a great cellist can’t make a bad cello sound good.

The bow is the most important accessory for the cello as without it, the cello could not be played. It is important to buy the right cello bow which has the right weight and feel while remaining within your budget. Most beginner cello outfits come with cello bow already, but once you get to the intermediate and advanced level, you need to be sure you are using the cello bow that works for you. To help you find the best cello bow, we have compiled a list of the best cello bows. We recommend trying out several bows to see which one sounds the best with your instrument. 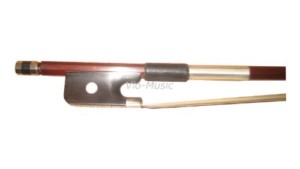 Cellos, as with all stringed instruments, are notoriously delicate instruments so it is vital to have a solid case to protect it. Cases typically come in two styles, the soft case,  which provides some protection and usually has a lot of room for accessories, and the hard case which surrounds the cello snugly providing sturdy protection. Most cases will offer at least one compartment for accessories, 1-2 cello bow holders, possibly a humidifier, and some extra pockets for music, etc. Beginner cello outfits generally come with a soft cello case, but if you want a better or sturdier case, you can explore the some of the best hard cello cases. 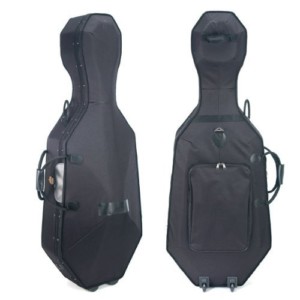 Used to keep the cello in place while placing, the rock stop is an essential piece of equipment. They come in a variety of styles. Some include a nylon band and hook that fasten to a chair leg while playing. Others are simply made of rubber and provide enough friction so that the endpin doesn’t slide. To learn more about the different options for endpins, read our guide on cello endpins and rock stops. 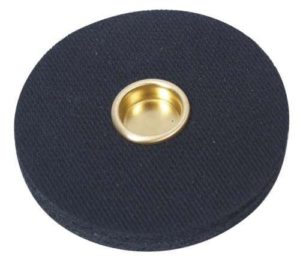 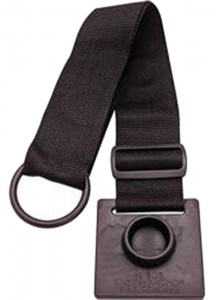 Cello rosin is what allows your bow and cello to make sound. Like a bike chain won’t move without grease, a cello bow won’t make sounds against the strings without rosin. The stickiness in the rosin allows the bow to “catch” on the string, pulling it ever so slightly to cause vibrations.

There are two main types of rosin: amber and dark. Dark rosin provides a softer tone and is better suited to cool, dry climates since in warmer climates it gets too sticky. Dark rosin is generally used by cellists who need a softer rosin to make the cello sing. Lighter, amber rosins tend to be harder and more dense making them a good fit for cello.

Some rosins even have precious metals inside. Gold rosin is said to produce a warm, clear tone and is appropriate for all instruments. Silver rosin creates a concentrated, bright tone and is especially good for performance in higher positions. It is best suited for the violin or cello.

The next major decision you need to make when choosing rosin is boxed or caked. Most students use boxed rosin to begin with as it is often included with many beginner cello outfits. It is lower quality and can be used by any instrument during any season. In addition, it is less prone to cracking. Caked rosin is used by more advanced players who want a better sound. 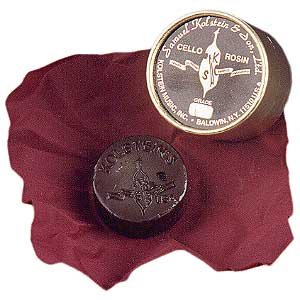 Mutes are used to dampen the sound of a cello both for orchestration purposes (composers require them in certain pieces) and practice sessions so you don’t disturb the neighbors. Mutes are often fairly cheap, with most rubber mutes coming in under $5 on Amazon. You should always keep at least one in your cello case. 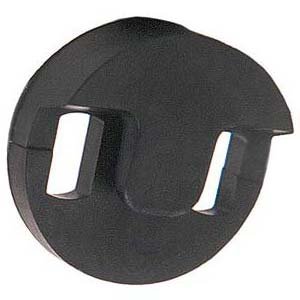 Cello strings have a tendency to break at the wrong time, such as during a concert. While they do not break as frequently as violin strings, you don’t want to be stuck in a situation where you don’t have an extra set of cello strings on-hand. We highly recommend the Spirocore cello string brand in our review of the best cello strings, but feel free to test out several sets of strings before choosing the right set for you. 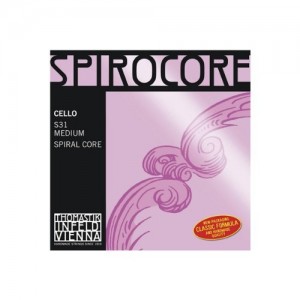 Should I Rent or Buy a Cello?

How to Get Musical Instrument Insurance for Your Cello

Why do you need cello rosin?