If you’re a new cello player, you may have looked at that funny amber colored stuff that comes in your cello case and wondered what exactly it is. That stuff is cello rosin. What is rosin you might ask? It is the sticky stuff that allows your cello bow to make noise.

By definition, rosin or colophony is a hardened tree sap (resin) fetched from one of the more than 110 different types of pine trees throughout Asia, Europe, New Zealand, and North America. This resin is applied on the cello bow to give it the required grip when drawing the bow across the strings on the cello. Without the rosin, the bow often slides across the cello strings, producing a faint whispery sound or no sound at all. This article will disclose to you everything you need to know about cello rosin, what rosin is, why you need rosin, and how to use rosin.

As stated earlier, rosin is a substance applied on the hair of the cello bow to make it sticky. Rosining is meant to produce adequate friction between the bow hair and the cello strings to make the proper sound when the bow is pulled across the cello strings.

How Rosin is Made

Rosin is tapped directly from living trees in a similar process used to draw maple syrup. First, a small area of the outer bark of the tree is removed. The tree is then fitted with a drip channel as well as a collection container. Lastly, the tree is cut with V-shaped grooves of approximately 0.39 inches wide slightly above the drip channel. These marks are meant to induce the flow of resin into the collection container. In order to ensure the continuous flow of the tree resin, the cuts must be renewed after every 5 days.

After collection, the resin is often mixed with other tree saps including spruces, larches or firs to come up with a specialized recipe, which is usually the secret of the rosin makers. Other rosin makers even add beeswax, silver, copper flecks, gold or lead in order to enhance the rosin’s ability to grip the strings properly. The secret formula is then purified by heating and straining in large vats until the resins are completely melted. Once adequately cooked, the concoction is poured into molds. After resting for about 30 minutes, the rosin is smoothed down before being polished. The rosin is finally fitted into tight fitting containers or packed into swath cloths.

Types of Cello Rosins and Their Functions

Why Do You Need Rosin?

New cello bows or recently rehaired cello bows do not produce any sound because they need cello rosin to create friction between the bow and strings. Rosin is required because it provides the bow hair with an adequate grip needed to produce suitable sound when the bow is pulled across the cello strings. Without applying rosin, the bow will just slide across the cello strings, producing a whispery sound or no sound at all.

Additionally, cello rosin needs to be applied every so often to the cello bow because the existing rosin wears off. We recommend re-rosining the bow every 3-4 playing sessions.

How to Use Rosin

Even though there are many rosining techniques, using long slow strokes along the length of the bow is highly recommended. Here are the steps to follow.

Here is a great video explaining in great detail how to rosin your bow: 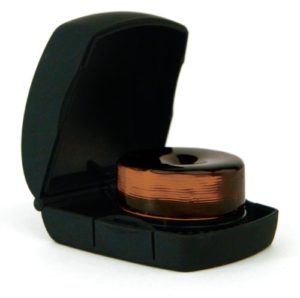 The number of times to rosin your bow depends on a number of factors including the strings used, the bow hair, the humidity, the temperature, the responsiveness of your cello, and the style of playing. On average, rosin should be applied after every three to four times of playing your cello.